I complain a lot about Fox News, and for good reason. But when they get something right — when it’s literally perfect, I will happily call them out for that as well… and that’s what happened with the FBI’s raid on President Trump. As you likely know by now, the disgraced and politicized FBI raided and ransacked President Trump’s private home at Mar-a-Lago last night, looking for “classified docs” that they claim President Trump took with him when he was illegally ousted from the White House by Biden’s illegitimate regime.

This smells of political overreach, the same type of stuff we’ve seen day in and day out for years now when it comes to President Trump and his supporters. It’s a dark day in America, and this is exactly what our founding fathers had warned about. I was instantly curious to see how Fox News was framing this story, knowing they have not been all that supportive of President Trump for some time now.

I am happy to report that they are framing it perfectly… and 100 percent true.

As Fox News said, Biden’s FBI ransacked the home of his potential 2024 opponent.

Yep. That’s exactly what happened. Take a look at this screenshot. 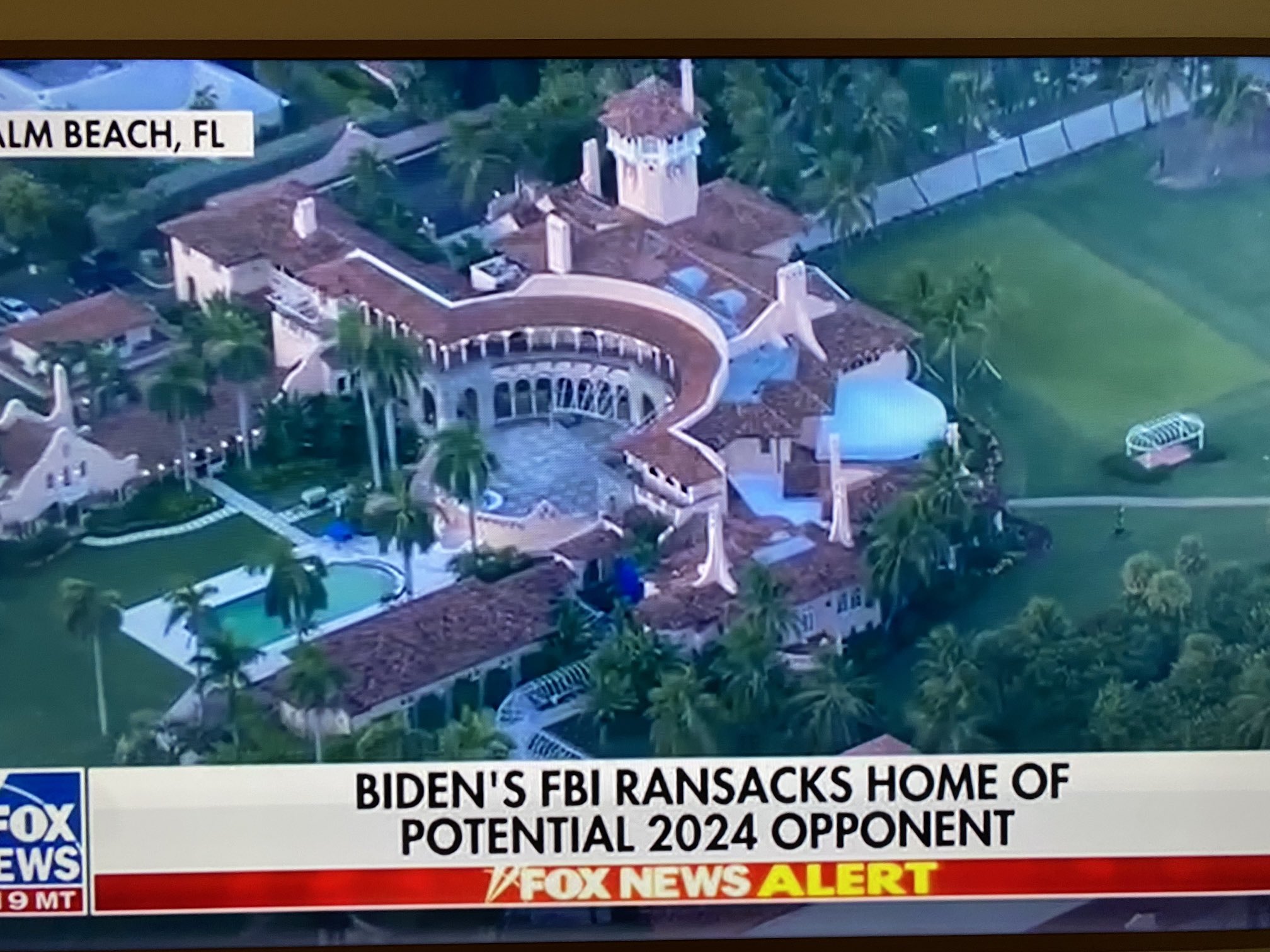 If only Fox News spoke with this much truth and honesty about January 6th and the 2020 election, right?

But in this case, they really had no choice. The outrage over this disgusting move is so high and off the charts, they couldn’t have played this “safe ” without getting torn to absolute shreds.

The general feeling out there is that this WAR. Gloves are off, and all the rules are out the door. So, suit up, patriots, and let’s GOOOOO.

Haunting New Theory Emerges About FBI Raid On Trump, Thanks to a Cryptic Tweet From July 23, 2022

Interesting New Theory On Why Joe Biden is a Compulsive Liar

If The GOP Was Smart, They’d Have THIS Billboard in Every City in America, From Now,…

Interesting New Theory On Why Joe Biden is a Compulsive Liar